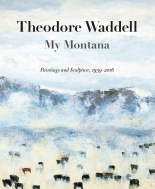 Now Available from Amazon.com and other online booksellers, in bookstores, and directly from the University of Oklahoma Press: 1- 800-627-7377

Dog is on the Golf Course

Also available...."Tucker's Seasonal Words of Wisdom" Click here to read all about it! 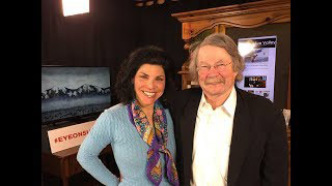 Theodore Waddell and his wife, Lynn Campion, together with nationally recognized PGA Pro Stoney Brown, have released “Tucker Tees Off,” the third in the series of children’s books featuring Tucker the Bernese Mountain Dog.

In “Tucker Tees Off,” Tucker is joined on the golf course by other canines and various creatures. Woven throughout are rhymes and poems related  to golf. Tips and quips accompany Tucker in his quest  to finish all 18 holes during the Intermountain golf season. Lynn Campion and Pro Stoney Brown add humorous yet meaningful advice that  every age can treasure . . . or ignore.

Published by Bar R Books of Helena, Montana, the 68-page book features 28 full-color illustrations. “Tucker Tees Off” joins the two previous volumes in the “Tucker” series; the first, “Tucker Gets Tuckered,” came out in 2006, and the second, “Tucker’s Seasonal Words of Wisdom,” was published by Bar R Books in 2014.

One reader wrote of “Tucker Gets Tuckered,” “If you are a dog lover you will love this book. . . The art-work is incredible.” Another noted, “The story is fun for kids, but also rings true for all adults who have ever had a . . . dog. And the illustrations are world class.” “Big Sky Journal” said of “Tucker’s Seasonal Words of Wisdom”: “The paintings that illustrate the book are totally charming. . . . Each illustration and its accompanying text stands alone as a commentary on the seasons and on life—overall a delightful collection for kids and adults.”

In 2015, Theodore Waddell received the Montana Governor’s Award for the Visual Arts, and he was also named Artist of the Year by the Yellowstone Art Museum, Billings, MT. His work is shown in museums and galleries throughout the United States and can be found in private and public collections throughout the world.

Lynn Campion is a photographer and writer, and she has published two books involving horses and cattle. Lynn serves as president of a nonprofit foundation and is fully involved in philanthropic endeavors in Colorado and Idaho. Waddell and Campion, and their band of beloved Bernese Mountain Dogs, divide their time between homes in Sheridan, Montana, and Hailey, Idaho.

PGA Professional Stoney Brown has been the Director of Golf at the Valley Club in Sun Valley for the last 12 years. He has won 19 Rocky Mountain Section of the PGA awards and one National PGA award, served on the PGA of America Rules Committee, and officiated at two Ryder Cups and 10 PGA Championships.

“Tucker Tees Off” is distributed by Riverbend Publishing of Helena, Montana, and is available at fine bookstores everywhere or by contacting Riverbend, 1-866-787-2363;janet@riverbendpublishing.com; P.O. Box 5833; Helena, MT 59604–5833; or can be ordered directly at http://www.riverbendpublishing.com/tucker-tees-off.html. The 68-page hardcover book sells for $16.95.

For a review copy of “Tucker Tees Off,” contact Bar R Books, bar.rbks@icloud.com

YELLOWSTONE ART MUSEUM PRESIDENT’S AWARDS FOR SERVICE TO THE ARTS

ARTIST OF THE YEAR

Billings, MT – At its annual members’ meeting on Thursday, July 16, 2015, the President of the Yellowstone Art Museum’s Board of Trustees was pleased to bestow the annual Awards for Service to the Arts.  Given out since 2001, these awards recognize outstanding service from philanthropists, artists, volunteers, and educators to the YAM and the art community.  In most cases, awardees have given prominent support over a number of years.

Artist of the Year Theodore Waddell was recognized for his achievement as one of the state’s leading artists and his generosity toward the YAM’s permanent collection and exhibitions.

The Montana Arts Council has announced that Theodore Waddell has been chosen as one of five exceptionally talented and accomplished artists and arts organizations to receive the 2015 Governor’s Arts Award. The Governor's Arts Award honors outstanding citizens and organizations in Montana whose achievements in the arts, or on behalf of the arts, benefit all Montanans.

Gov. Steve Bullock will preside over the ceremony in the Capitol’s Old Supreme Court Chambers. “Montana has a rich history of artists who have told the story of our state through music, sculpture, painting, writing and performances,” Bullock said. “It’s my honor to recognize these artists and institutions that build on our heritage and share their passion with the next generation of Montanans.”

Artist Theodore Waddell exemplifies the phrase ‘Montana painter,’” writes nominator Robyn Peterson, executive director of the Yellowstone Art Museum in Billings, who believes he “has done more than any other living painter to develop a distinctive Montana-based vision that brings Modernism into the 21st century.”

The artist was born in 1941 in Billings, and raised in Laurel. He studied with Isabelle Johnson, Montana's first modernist painter, before earning a scholarship to study at the Brooklyn Museum of Art. He received his MFA from Wayne State University.

Waddell's sophisticated modernist paintings have attracted widespread recognition. “As a working rancher, he knows whereof he paints,” writes Peterson. “There is no distance from, or fleeting relationship with, his subject … he knows it.”

He also creates sculpture, and according to Peterson, “it’s this body of work that’s more apt to reveal humor, irony, and social critique.”

His work is included in the permanent collections of the Denver Museum of Art, Los Angeles County Museum of Art, Booth Museum of Western Art, Buffalo Bill Center of the West, and the National Museum of Wildlife Art, among others. Recent solo exhibitions have included the Albany Museum in Georgia, Gail Severn Gallery in Ketchum, ID, Altamira Fine Art in Jackson, WY, Visions West Gallery in Bozeman, and the Art Museum of Eastern Idaho in Idaho Falls.

“His work is painterly and masterful, and the zeal with which it is snapped up by collectors nationwide is testimony to the maturity of his vision and the quality of the work.”  He’s also generous to, and supportive of, younger generations of artists, and has been an avid collector of others’ work, much of which he has donated to the state’s public collections. writes Peterson.

“Few artists have done as much to align this place – Montana – with incisive and original art and with the larger art world,” notes Peterson. His success has helped build “the growing reputation Montana has as fertile ground for artists.”